It is changing now.

Podcasters all over the world are starting to make a living out of their production thanks to new ways of monetizing.

But now is the moment when they have to choose their path and make a choice between the open and the closed Web.

Decades ago, when the Internet and the “World Wide Web” were still young, everything was open, connected and interoperable by design.
Any client software could connect to any server – as long as it could speak the same language.
The Web was free. Free as in “free speech”: there were no barrier. And free as in “free beer”: it was OK not to make money out of it. After the year 2000 we started to see new platforms emerging that offered content creators new ways to earn money.
Youtube is probably the most famous one: it created a new ecosystem and a new market that did not exist before. It allowed thousands of artists to get a sustainable income from their videos.
But the price to pay to get a seamless experience and access to all the tools artists need was to lock themselves into a closed silo. Piece by piece, we saw the Web becoming a place for closed platforms.
For instance, when you are on Facebook, you are no longer on the Web (you just use its pipes): you are on Facebook. Facebook is a tremendous communication system. But it was one of the first to provide sealing as a feature. A Facebook message can be seen, read and answered only from Facebook software.
This was brand new: phone calls, SMS, e-mails, all these can be read and answered from any equipment that is compatible.
Now there is no compatibility between platforms on the “Closed Web”. It is locked down. Of course reality is not so clear-cut: as long as you understand the limits and agree with the terms and conditions, there is no problem. The Web, closed or open, is a free country!
Problems occur when you are facing a monopoly. If you disagree with the terms and conditions, for legitimate reasons or not, there is nowhere else to go. You are muzzled.

Fortunately, decentralized networks came back with a vengeance.

Decentralized networks allow interactions the way they were originally designed for the Web. They use old formats – such as RSS – or new ones – such as ActivityPub.
They share a common rule: anyone can talk to anyone (unless they decide not to). This is Interoperability. In order to make things clear, here is, in a nutshell, what may influence your content:

Because podcasting has not evolved for two decades, it is still heavily decentralized. You may host a podcast anywhere and listen to it on any application you like. This has two consequences:

Apple recently launched a solution which allows podcasters to monetize their content by selling yearly subcriptions to their audience.
“Do not worry about anything, Apple will take care of everything.”
What about your listeners who were not using Apple Podcast? They are locked out. Either they are lost forever or they must switch to the Apple platform.
The same story is taking place on Spotify where some podcasts are no longer available outside the platform.

Is a closed silo necessary in order to create value? Of course not. A closed silo is not the only answer, there are many other ways that keep things open and decentralized.

PodcastIndex.org (a collective that campaigns for preserving podcasting as a platform for free speech) has brought more open innovations to podcasting in the past 6 months than Apple did in 15 years:

And of course you can still make money with several types of advertisement:

The open web is not complex or ugly. Whether you are a publisher, a podcaster, a journalist or simply an audience member, you deserve to own your content and broadcast it to whomever may like it.
Do not surrender to the closed Web!

Here are a few things you can do to keep podcasting open:

If you want to hear more about this, Anthony Gourraud invited me on his show “Des Ondes VOcast” to talk about this article: 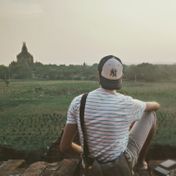 Installing Castopod is pretty straighforward. You do not need advanced skills in server administration. Depending on the traffic you expect, you may choose a dedicated server, a virtual machine or even a shared hosting (as long as it runs php/mysql and allows to specify root folder).

The Fediverse is so much bigger than Mastodon 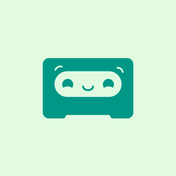